How to Align Garage Door Sensors 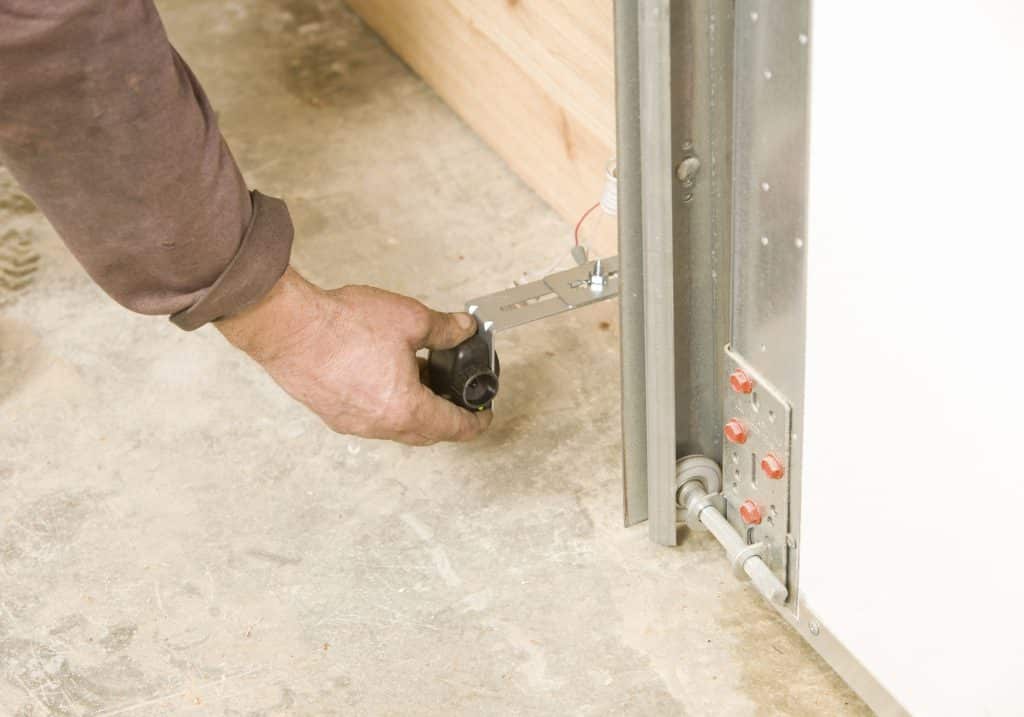 Before you start making any adjustments, be sure nothing is blocking the sensors. The reverse function can be triggered by even the tiniest obstruction in their route. If there's nothing in the way, make sure the sensors are clean and free of debris. If your photo eyes are dusty, or if there are cobwebs or other debris covering the sensors, this could be the cause of their malfunction.

Check the LED lights on the sensors as the second thing to evaluate before beginning the realignment process. It's possible that one sensor has been bumped while the other hasn't. It could be enough to simply turn the sensor with your hand until the beam aligns and the LED light turns back on.

If the sensors are still not working after doing these first checks, you can proceed to the next step to realign the photo eyes:

Turn off the electricity.

This is a safety precaution to perform before beginning the realignment process to guarantee that the door does not open while you are working on the sensors. You don't want the door to start closing on you while you're working on the sensors. Pull down on the release handle – generally a red rope and handle hanging down from the opener – to disengage the door from the opener.

Step 1: Remove the sensor screws and loosen them.

The sensors are usually held in place in their brackets by a pair of screws or nuts. Loosen the screws enough to adjust the sensors with a screwdriver. Do not overtighten them to the point where the sensors fall out of the mounting brackets. A single winged nut might alternatively be used to secure the sensor. It should loosen up if you turn it counterclockwise, but don't overdo it. You want it to be loose enough to adjust, but not so loose that it falls out completely.

Step 2: Level and realign the sensors

This stage may require some experimentation until you can get both sensors to be at the same level. Begin by moving the sensors in and out, or up and down, until the LED lights on both sensors illuminate, indicating that they are properly aligned. You can tie a long piece of string from one bracket to the other to see if they are actually level. To begin, slide the sensors as far down and out of the way as they will go in the bracket. Then, at the place where the sensors will line up when you move them back up, knot the string from one bracket to the other. After that, use a level to make sure the string is taut. Adjust the brackets as necessary until the string is level, then replace the sensors and remove the string.

Step 3: Put the Sensors in Place

Tighten the screws or nuts once you've got the sensors in a position where they appear to be aligned. Do not overtighten them to the point that they are difficult to loosen - you may need to fiddle with the alignment again after testing the door.

When both sensors' LED lights are lit, it's time to test the door. Connect the garage door opener to the power supply and operate the door with your remote or a wall-mounted button. If it appears to go up and down without any problems, you've completed your task.

Step 5: Carry on with the Alignment Process

Don't quit up just yet if the door isn't working properly. Loosen the sensors and give it another shot. It's possible that you didn't tighten them sufficiently after aligning them the last time, and they fell out of place when you activated the door.

What Should You Do If Your Garage Door Isn't Working?

It's probably time to hire a professional if the garage door is still giving you difficulties after repeating the alignment process. It's possible that the sensors need to be replaced totally, or that the issue is due to another maintenance issue. You should not attempt to do any repairs yourself since you risk causing more harm or injuring yourself. Professionals can fix the problem with the garage door sensors easily as they are experienced in it.

We perform repairs on almost every type of garage door and seeing hundreds of doors, we can promise nothing but the best service.
GET IN TOUCH
Inland Empire CA:
+1 (951) 310-9909
CONNECT WITH US